Prague Airport Can Open Your Baggage by Force, Mainly for Threats of Explosives 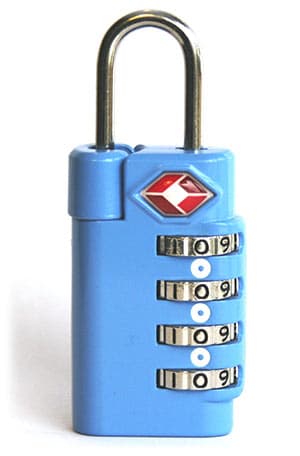 Travellers from Prague airport can be, from this April 2017, checked more often than usual. Previously, bags were checked for suspicion of carrying banned items, but now, your bag can be selected for a random check, mainly to find explosives.

Prague Airport is implementing a new system of checks that many other airports around the world have already implemented. Now, the airport can randomly select bags for inspections regarding bombs, explosives and traces thereof.

Travellers with hard-to-open bags can get into trouble. Your bag should have a TSA lock that can be opened without the need for applying force.

If you don’t have TSA on your bag, employees will be able to open the bag by force. The opening of your luggage can damage your bag and prevent it from being closed again. In that case, your bag will be fitted with a protective foil and strips that will hold it together, according to Prague Airport.

According to Marika Janoušková, the spokeswoman of Prague Airport, bags without TSA accounts for less than 5% of bags.

The checks are handed over to specialists who have already consulted lock-makers regarding the methods of opening their bags without the need to break them. The employees will open the bag and take a sample of the insides tested for traces of explosives. The process will be carried out under CCTV supervision, and strict evidence of each procedure will be kept.

“The whole process of opening the bag, getting the necessary tests done, evaluating the results and subsequent closing of the bag takes about 10 minutes and is carried out without the traveller being in the room. The process of checking-in and subsequent checks of the traveller themselves won’t be interfered with,” states Milan Špaček, a member of the board of Prague Airport, responsible for the area of security. Tens of bags are checked in this manner daily.

If a bag was opened, the traveller would find out by a tape on his bag.

The traveller will find out whether or not his bags went through checks based on the tape with a notice that will be sealing the bag. Inside the bag, there will be a message offering the traveller further information and all necessary instructions.

If the bag gets damaged during the check, the traveller has to claim damages at the appropriate counter when he reaches his target destination and fills out a written form within seven days after he finds out.

Until now, bags were opened after x-ray operators found something “a bit off” with the bag’s contents. Now a bag can be opened even if it doesn’t look suspicious at first.

According to Špaček, random checks for traces of explosives are nothing new and have been used for decades now around the world. “In order to compare ourselves with the safest airports in the world, we need to continuously improve our security standards and react to current events around the world. Prague Airport gets visited by more and more travellers every year, so we need to react to these changes by upgrading our standards regarding checks of bags and security in general,” explains Špaček.

This isn’t the only inconvenience travellers can face while flying. The USA banned electronics on board on flights from certain countries, and there are speculations that this ban will also take place on flights from Europe.