Prague airport is confirmed to be one of the most expensive in Europe for shopping, food and beverages. The high prices discourage some people from flying from Prague, and some prefer to fly from nearby Germany where they also get cheaper parking and better service. The airport prices are dramatically different from Czech wages and are often more expensive than elsewhere in Europe.

Not even introducing the fast-food chains has brought food prices down at Prague airport. Although McDonald’s is charging around 30 CZK more than in the city centre for a regular menu, SUBWAY is still among the cheapest and busiest at the Airport. The only other restaurant with reasonable prices is Restaurant Praha, which offers buffet-style local Czech food, catering mostly for airport employees and crew, but is open to the general public. With a price of CZK 150 for food with a bottle of mineral water, Restaurant Praha offers a good bargain instead of some of the restaurants that are even more expensive than in previous years. At most coffee shops, restaurants and bars, you can expect to be charged around CZK 120 for 0.2 litres of water and a similar price for a coffee. Travellers’ interest in such prices is not very high, and at most times, restaurants and cafes are empty or only have a few foreign travellers, but very few locals. These prices are double what you would pay in the city centre.

Parking at Prague Airport might also get expensive. If you choose short-term parking after the 15-minute grace period, a further 15 minutes is charged at 100 CZK. It is about four times more than you would pay in the city centre. Other, more distant, long-term parking lots are a much cheaper option.

Prague Airport’s policy of renting empty spaces for the highest possible profit leaves dissatisfied customers being forced to purchase a refreshment at higher prices and quite a large number of empty spaces for shops and kiosks. The Airport has one of Prague’s highest owner fluctuation rates, as shops are forced to put prices up to pay rents (plus usually also 10% from turnover). This means they quite often fail to make a profit, and within a few months, are forced to leave the airport. The high prices cause difficulties to the travel agents, retailers, restaurants and airlines. For example, in case of a delay, according to law, they must give out refreshment vouchers to the value of CZK 200. That is not even enough for water and sandwich. Additionally, some low-cost airlines choose other EU airports to fly to because of Prague Airport’s other rather high service fees and taxes. 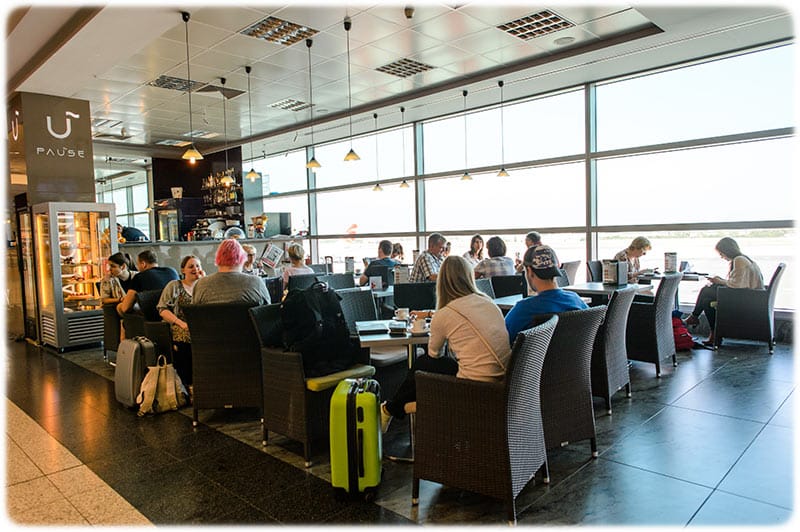 Note: This article is might be outdated. This article might not reflect recent events or newly available information. (August 2013)