Line A (green line) is now extended from the station Dejvická via Bořislavka, Nádraží Veleslavín, Petřiny to the station Motol Hospital. The train will take some eight minutes to drive through the six-kilometre-long stretch. The new section is 6134 metres long. The journey from the underground station Motol Hospital to Můstek will take 15 minutes.

Changes in surface transport accompany the opening of the new section. Buses that used to go along Evropská Avenue to Dejvická Station are now terminated at Veleslavín Station or Bořislavka Station. Among others, tram line number 2 is cancelled. Some stops will be renamed.

People travelling to the airport will now change trains at Veleslavín Station (instead of Dejvická). However, there are escalators in the lobby only, not to the platform of bus line 119. Passengers with suitcases will be helped upstairs free-of-charge by porters who will work in three shifts daily from 5.00 to 22.00. However, it means reduced comfort for passengers travelling to the airport and possible longer travel time.

The shortest way from the Veleslavín metro lobby to the bus leads along a solid staircase. There is an elevator, but on the surface, its outlet is only behind the crossroads, about 70 metres from the terminal.

It is assumed that many passengers, especially those with larger amounts of luggage, will prefer to choose convenient transportation by taxi this year or will use their car from the Airport.

The New Section Will Have Longer Intervals

Intervals in the new section, depending on the time of day, may extend to ten minutes. 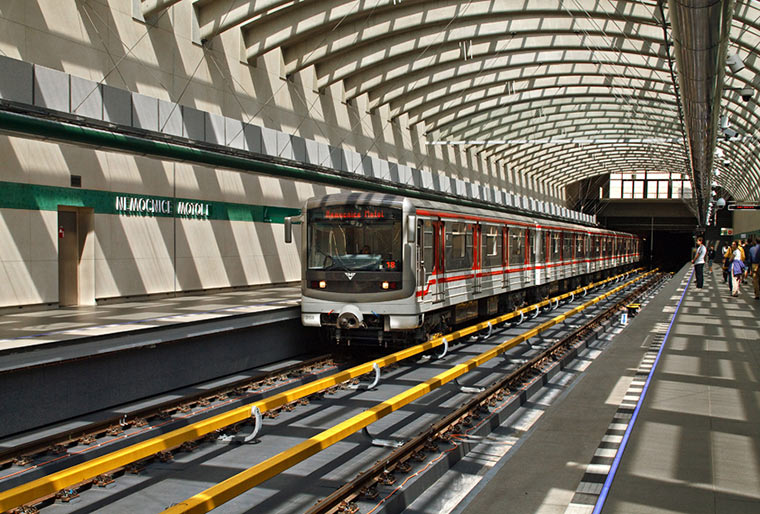